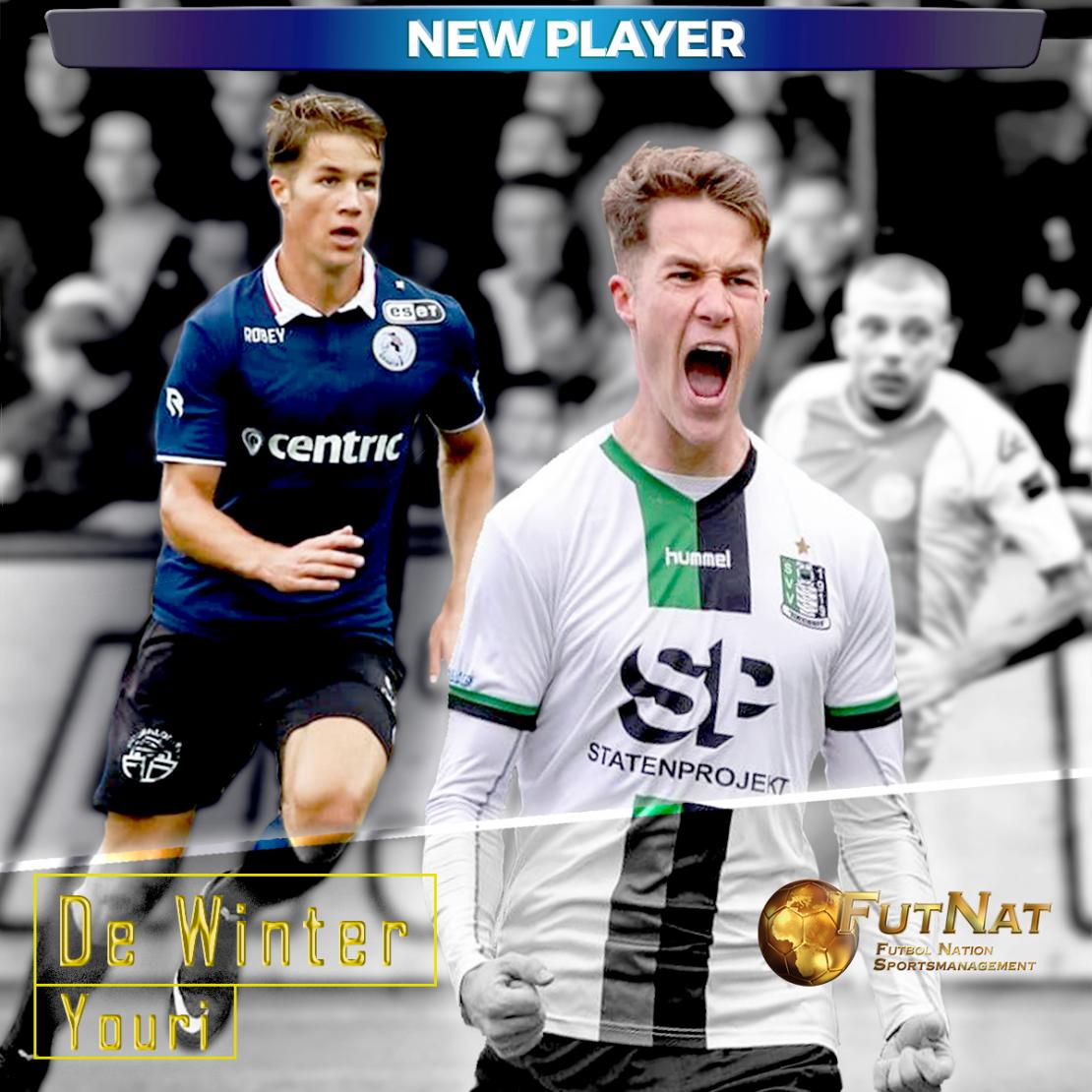 Youri De Winter is a 1.89 m tall winger with a strong right foot and great physicality. He prefers to play on the left wing and then turns inside heading towards the goal. Alternatively, Youri can also play on the right wing, as a classic striker or as a attacking midfielder.

Strong attributes of the offensive all-rounder are the 1 vs. 1, his strong physique and his speed. In addition, Youri has a good finishing and crossing game.

Youri De Winter spent his youth at the well-known youth academy of Sparta Rotterdam. In spring 2015 he received an offer from the British Nike Academy and accepted it in summer 2015. Until the summer of 2016, he trained at St George’s Park National Football Center in Burton upon Trent (England) under coach Jon Goodman, former Irish national footballer, and assistant Matt Murry, former Wolverhampton Wanderers goalkeeper. At the age of 17, Youri was voted Nike's Most Talented unsigned player worldwide.

In the summer of 2016, Youri was signed by Sparta Rotterdam U19 to the A-Junior Eredivisie. He played in the highest youth league in Holland and was the top scorer of the 2016/17 season. In the meantime, he got from the coach of the reserves of Sparta Rotterdam the chance to play at the Tweede Divisie, which he knew to use by scoring 3 goals and 3 assists in 6 games.

Two more seasons followed at the reserves of Sparta Rotterdam with 41 games, 10 goals and 4 assists in the Tweede Divisie. Youri was in the focus of several top clubs of the Tweede Divisie and moved to SW Scheveningen at the beginning of the 2019/20 season. After further strong performances, Youri accepted an offer from AOK Kerkyra of the Greek Super League 2.

Due to the burgeoning Corona crisis in the spring of 2020, the season in Greece was cut short and subsequently ended prematurely. A move back to the Tweede Divisie to Exelsior Massluis followed for the 2020/21 season, where he played 4 of a possible 6 games and scored 1 goal. Unfortunately the season was also paused here due to the pandemic.

Youri’s aim is to find another challenge at a pro level in Europe, in order to follow up on the performances before the Corona break and to improve further.

We are pleased to welcome Youri to Futbol Nation Sportsmanagement and wish us a successful collaboration.