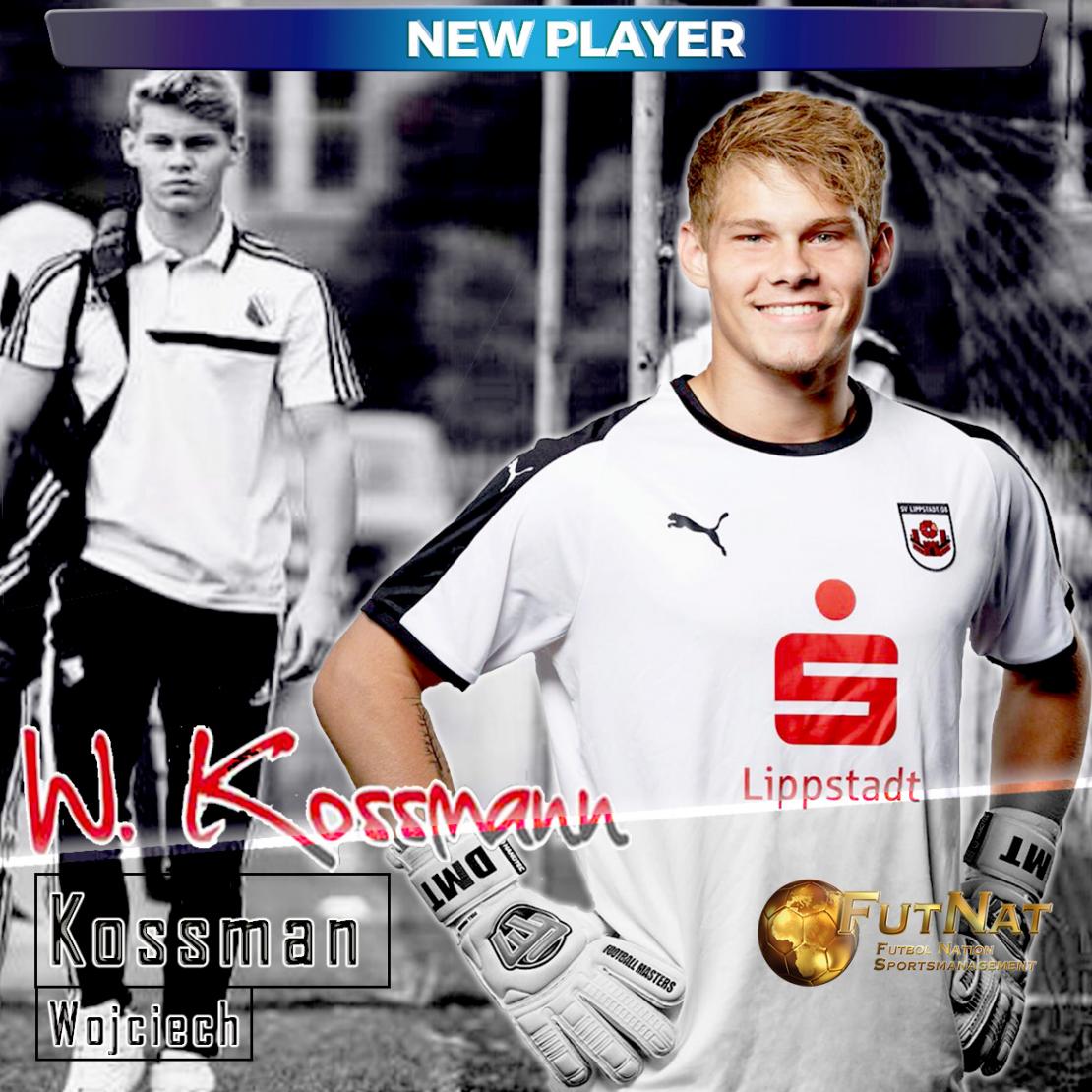 Wojciech Kossman is a young and ambitious goalkeeper who is 184 cm tall. He has a very strong jump, reflexes, as well as good timing when coming out of the gaol. Starting from the Academy of "Wojskowych " in Legia Warsaw, where he spent almost 4 years and was admitted after the tests, not playing in any other club before teaching and training himself. This was an exceptional achievement as the academy has a very good reputation and scouts for talents all over the country.

In 2017, he moved to Germany to live with his parents who live near Dortmund. Starting in FC Brünninghausen U18, he quickly drew attention to himself and his performances brought the opportunity for trails in well-known academies like Borussia Dortmund and VFL Bochum, in which, among others, the former German representative, Dariusz Wosz, who comes from Piekary Śląskie, is the academy director.

After half a year at the prestigious club Rot Weiss Essen in the U19 Wojtek was noticed by SV Lippstadt, a team from Regionalliga West. After signing this young talent SV Lippstadt has send him on a two-year loan at the level of German Oberliga to gain experience. In the summer of 2020 Wojtek has been called back from loan to fight for the first position and where he is currently competing with a very good 27-year-old goalkeeper who has experience of over 75x games at the level of Regionalliga West.

We are sure that Wojciech Kossmann is a player with great potential and if someone says that 1.84m is too small for a goalkeeper, he obviously hasn't heard of goalkeepers like Keylor Navas, Yann Sommer, David Raya or David Ospina.

Wojtek, we welcome you to the FutNat-Family and look forward to working together.