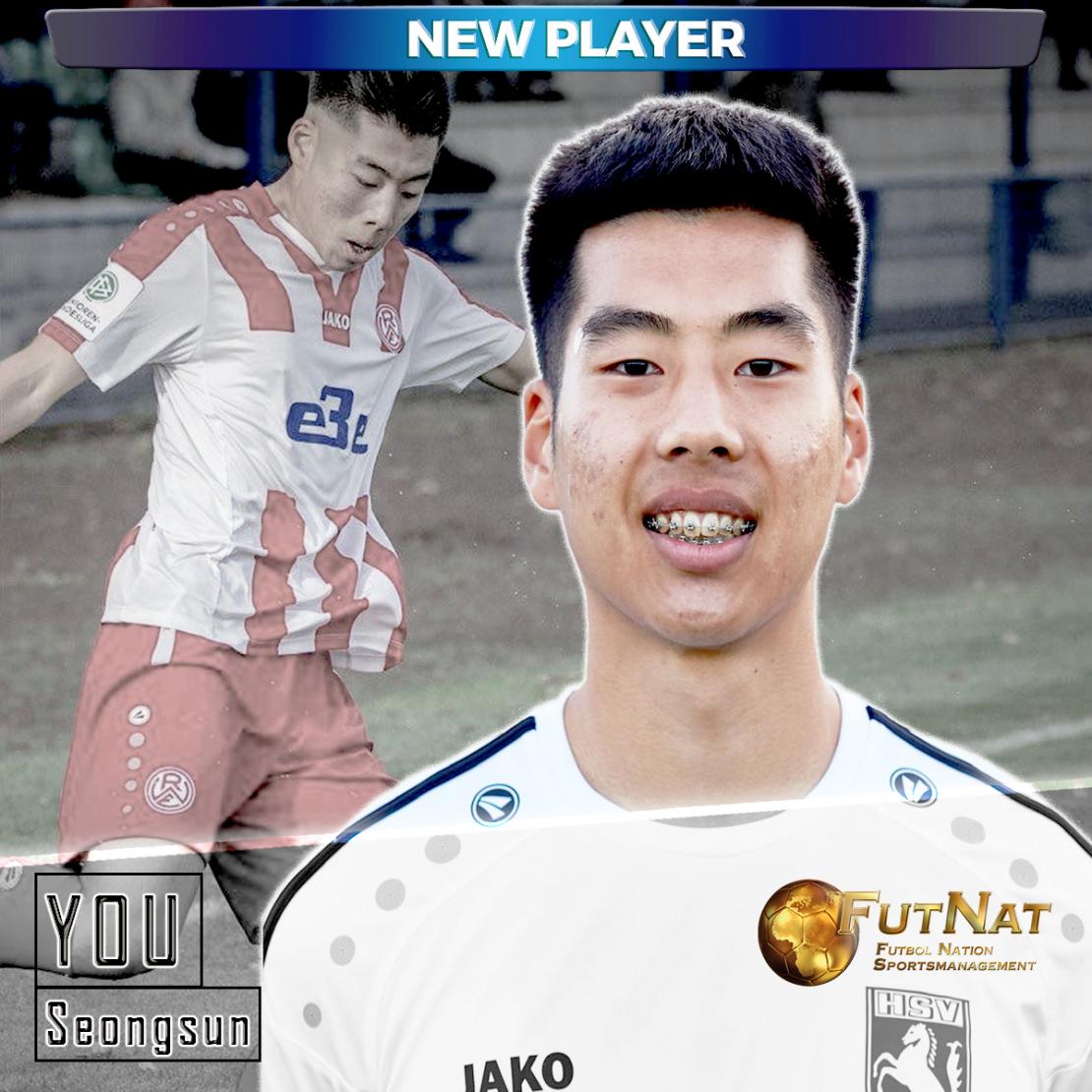 Seongsun You is an ambitious and strong two-fighting defenseman who also convinces with his offensive actions. With a height of 184cm Seongsun is physically strong, very ready to run, fast and strong in heading.

Seongsun You was born on 21.6.2000 in Bucheon, South Korea. He started his football career at Incheon United, from where he moved to Hong Myung Bo Academy, a very prestigious football school in South Korea, at the age of 10. He was a member of the U-15 to U-17 national team in South Korea.

In 2016 he moved to Germany to further develop and could convince on the first day of trail and since then he has been signed at Rot Weiß Essen first in the U-17 and then in the U-19 Team.

Seongsun played 19 of a possible 26 games in the U19 Bundesliga, the highest league for the U19 teams. In the summer of 2019, he was signed by Hammer SpVg to the Oberliga Westfalen, where Seongsun has become a regular player and audience favourite.

He is considered a leading player in the team. The next goal for this 20-year-old player is to step into the German Regionalliga to take the next step in his development.

We wish Seongsun a continued success and are pleased to welcome another interesting young talent to Futbol Nation Sportsmanagement.