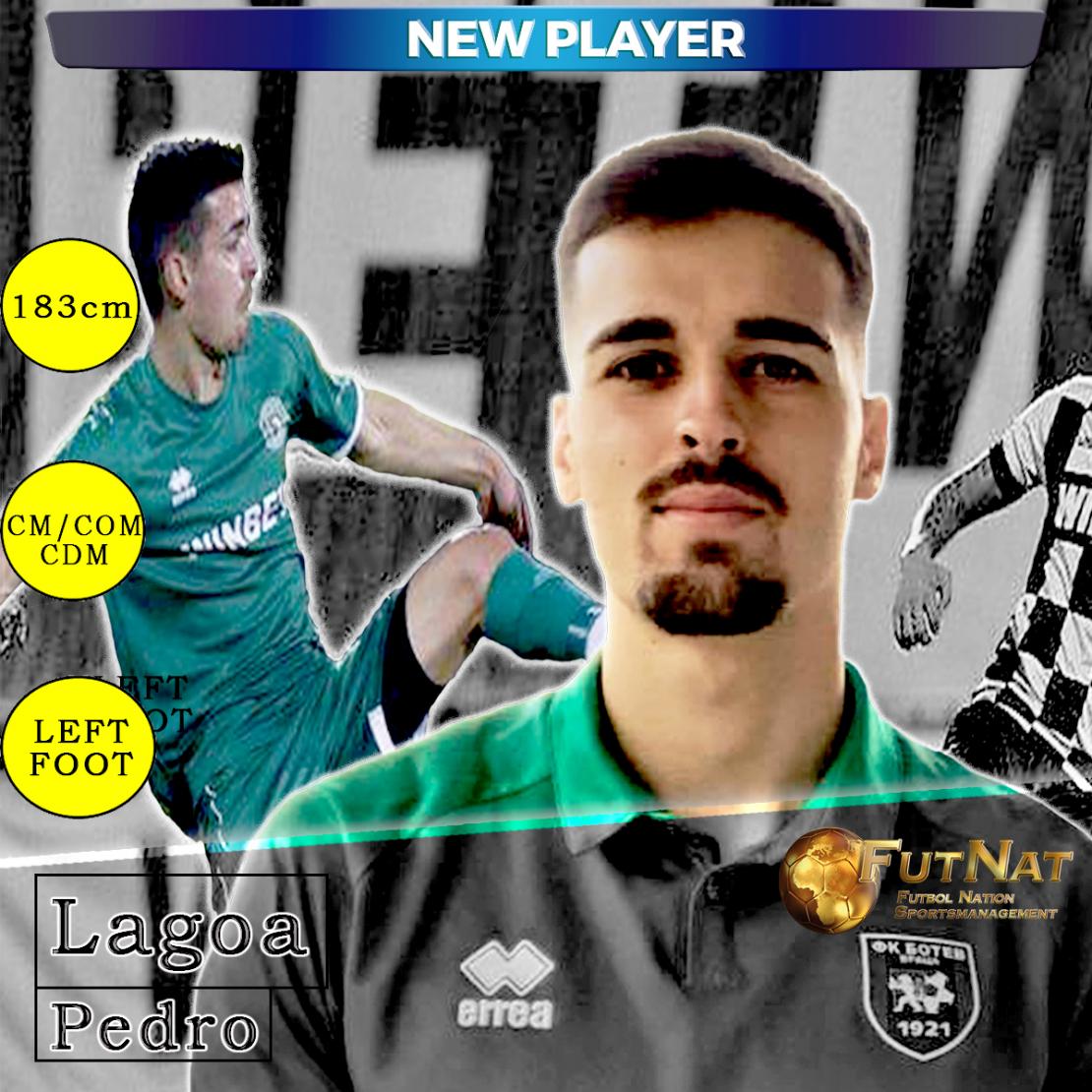 Pedro is a thinker and a leader. He has a strong left foot and a brilliant feel for the ball. In the center, Pedro is at his best as he reads the game well and coupled with his excellent understanding of the game, vision and spatial awareness, he is the type of player who makes his teammates stronger with an excellent short passing game and also has the ability to play the crucial deadly passes into the depth.

Pedro Lagoa first started playing in his hometown of Cabaços and at the age of 12 he moved to Académica de Coimbra, the oldest team in Portugal with an excellent football school.

Among the players known from the Académica de Coimbra are Sérgio Conceição, former professional and current coach of FC Porto and Zé Castro who played for teams like Atlético Madrid, Dep. La Coruna and Rayo Vallecano.

At the age of 21, Pedro made the leap to the professional league with Anadia FC, where he was discovered by Bulgarian first division club FK Etar after only 6 months and transferred to Bulgaria.

However, the early days in Bulgaria were not easy and FK Etar decided to sell Pedro to POFK Botev Vratsa, also from the first division, after only 6 months.

So far, Pedro has been able to capitalize on this move and is making excellent use of his opportunities. Since the contract is initially dated until 30.06.2021, we can offer this player free of charge in the summer and are pleased about the trust that Pedro Lagoa has given to the FutNat-Sportsfamily.

We are happy to present you this young and talented player and are looking forward to a successful cooperation.