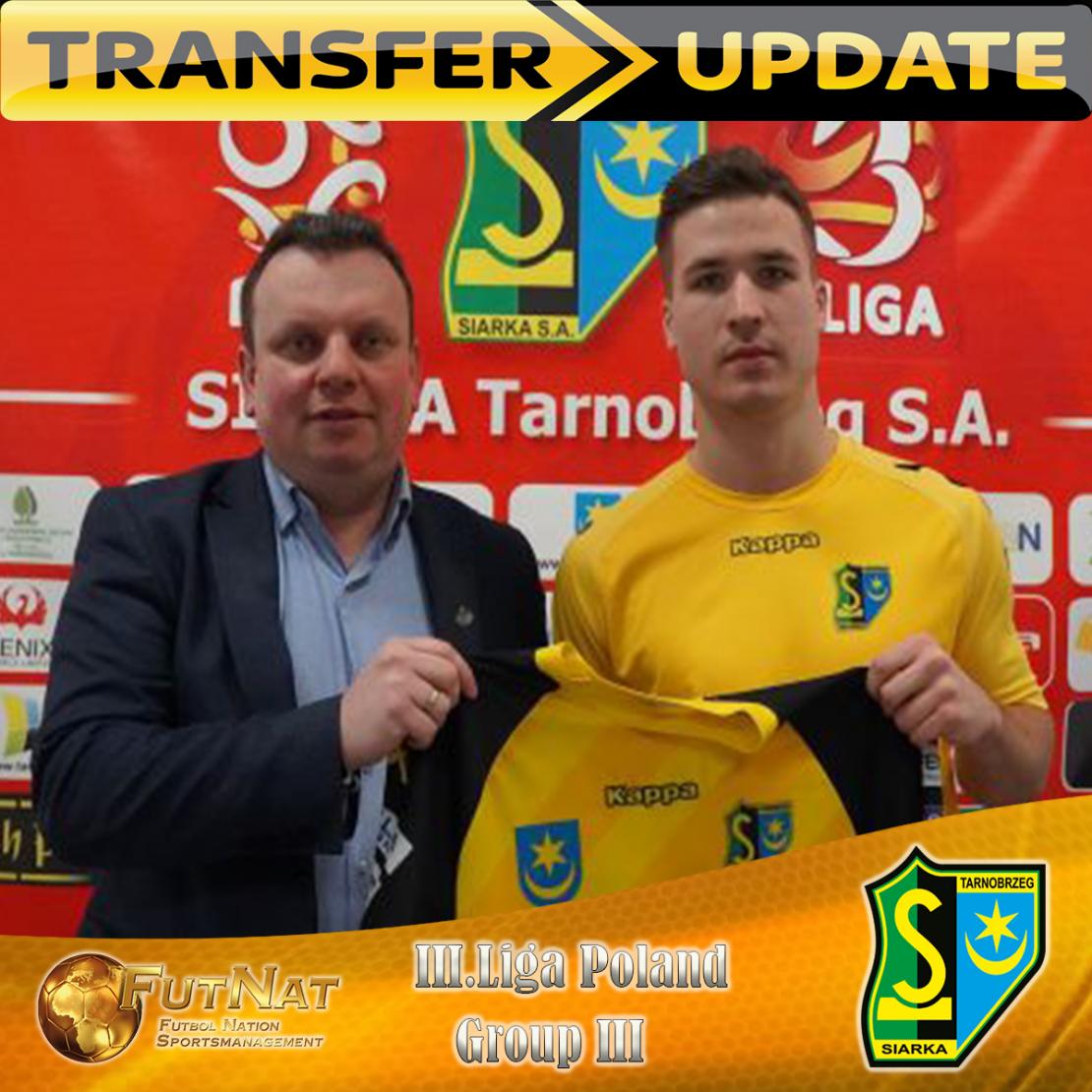 At Chojnice Paweł did not get a chance in the first team (only one match in the autumn round) and mainly played in the fourth league reserves, where in twelve appearances he scored 13 goals and had 5 assists. Pawel is 23 years old, earlier he played among others in GKS Tychy, Olimpia Elbląg and two teams from Katowice: GKS and Rozwoj. He was regarded as a great talent a few years ago, making his debut in the first team of GKS Katowice shortly after turning 16. Szołtys is a versatile player who can play in almost all offensive positions.

"This is a player who can play on the position on No. 9 and No. 10 and has had episodes of playing virtually all offensive positions. He's a versatile lad and we also took that into consideration when signing him. His presence in the team gives us more alternatives. We want him to rebuild with us and jump to a higher level because his potential is very high. " - Sławomir Majak said about Paweł. Sławomir Majak is the head coach of SIarka Tarnoberzeg and is a former polish professional footballer player who can look back on over 20 matches for the polish National Team and has also played for Hannover 96 and Hansa Rostock where he reached over 120 matches at the level of the German Bundesliga.

FutNat Sportsmanagement wishes the player and the club a lot of success together and a successful spring round of the 2020/21 season.