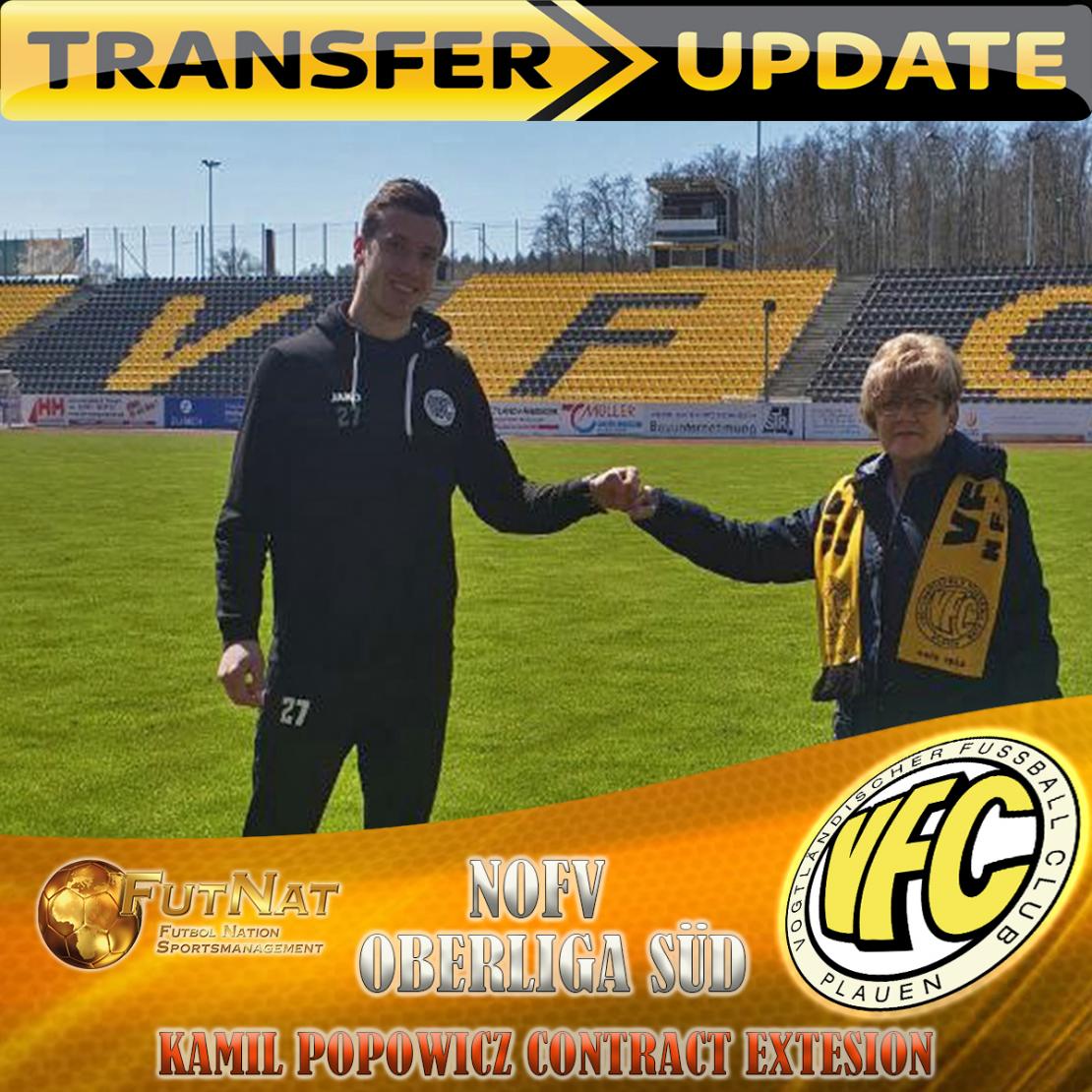 Kamil Popowicz will also be playing for the VFC Plauen next season.

The 24-year-old Striker from Wałbrzych, Poland, extended his contract for another year.

VFC President Thomas Fritzlar: “We are delighted that we were able to retain Kamil at VFC Paluen. Most people don’t know what kind of grenade we’ve got in the offensive part of our team with him. Unfortunately, he was hit by injury in the current season, so he could only play for us once in the Sachsenpokal. I look forward to seeing many of his goals and assists in the coming season. ”

But Kamil is not only a playful addition for our VFC. “With his great and sympathetic nature, he not only fits in very well with our team structure, but has also become a real friend”, says board member Petra Dick, who therefore liked to meet Kamil for the photo shoot in the Vogtlandstadion.

VFC Sports Board Member Frank Günther summarizes : “Kamil didn’t have a good start in Plauen. During his debut in the Sachsenpokal against Oberlungwitzer SV, he was seriously injured and missed several months. Humanly and with his body-focused attacking game, Kamil managed to win the VFC side in just seventy minutes. ”

Since the 24-year-old feels very comfortable in Plauen, the player and his advisor Adalbert Waniek (Futbol Nations Sportmanagement) and the responsible members of the VFC committees quickly agreed on a contract extension. Popowicz moved from VfB Germania Halberstadt to Plauen last autumn and will remain until 30. 06. 2022. In addition to his involvement in the Oberliga, Kamil Popowicz is employed as a juniors coach. His focus will be on the special promotion of offensive talents.