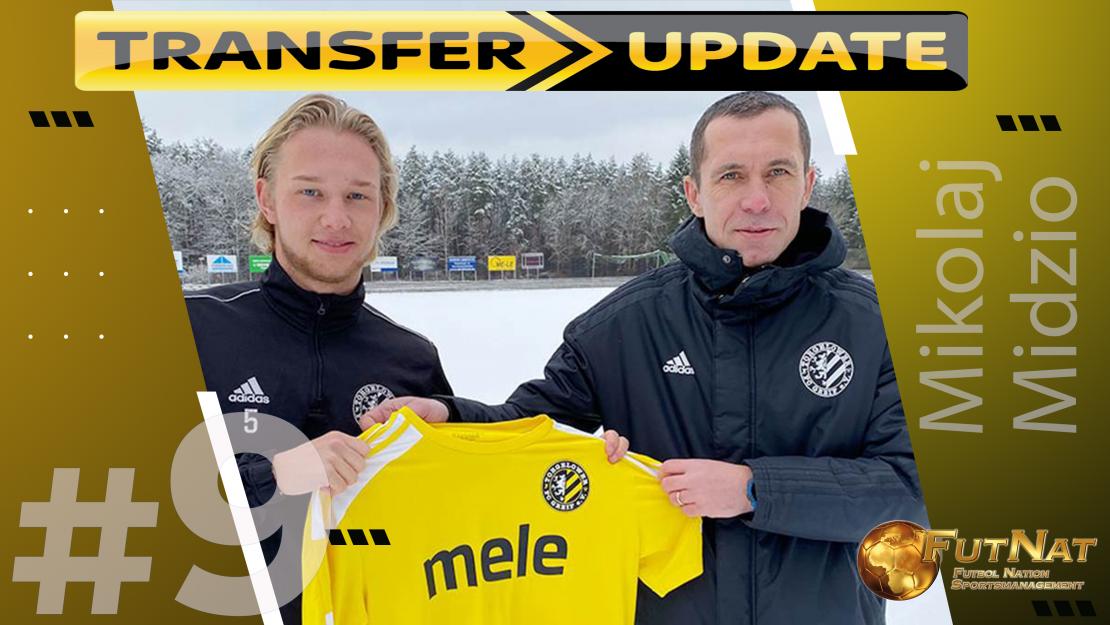 Mikolaj Midzio is a 1. 84 m tall and fast striker. The 21-year-old played comes from Warta Gorzow, a team from the Polish Fourth Divison. The right footed striker was trained in the junior academy of first division Ekstraklasa team Pogon Stettin.

Winter newcomer Mikolaj Midzio, who was directly in the starting line-up in the test match against Oranienburger FC Eintracht, made a tailor-made debut and brought his new team to the front with 1:0 after only nine minutes. In the 78th minute of the game, Midzio increased to 2:0 with his second goal of the game.

Sunday, January 30, the second half of the season starts in the 5th German league. Then the team from Vorpommern will play away against Charlottenburger FC Hertha 06 in Berlin.