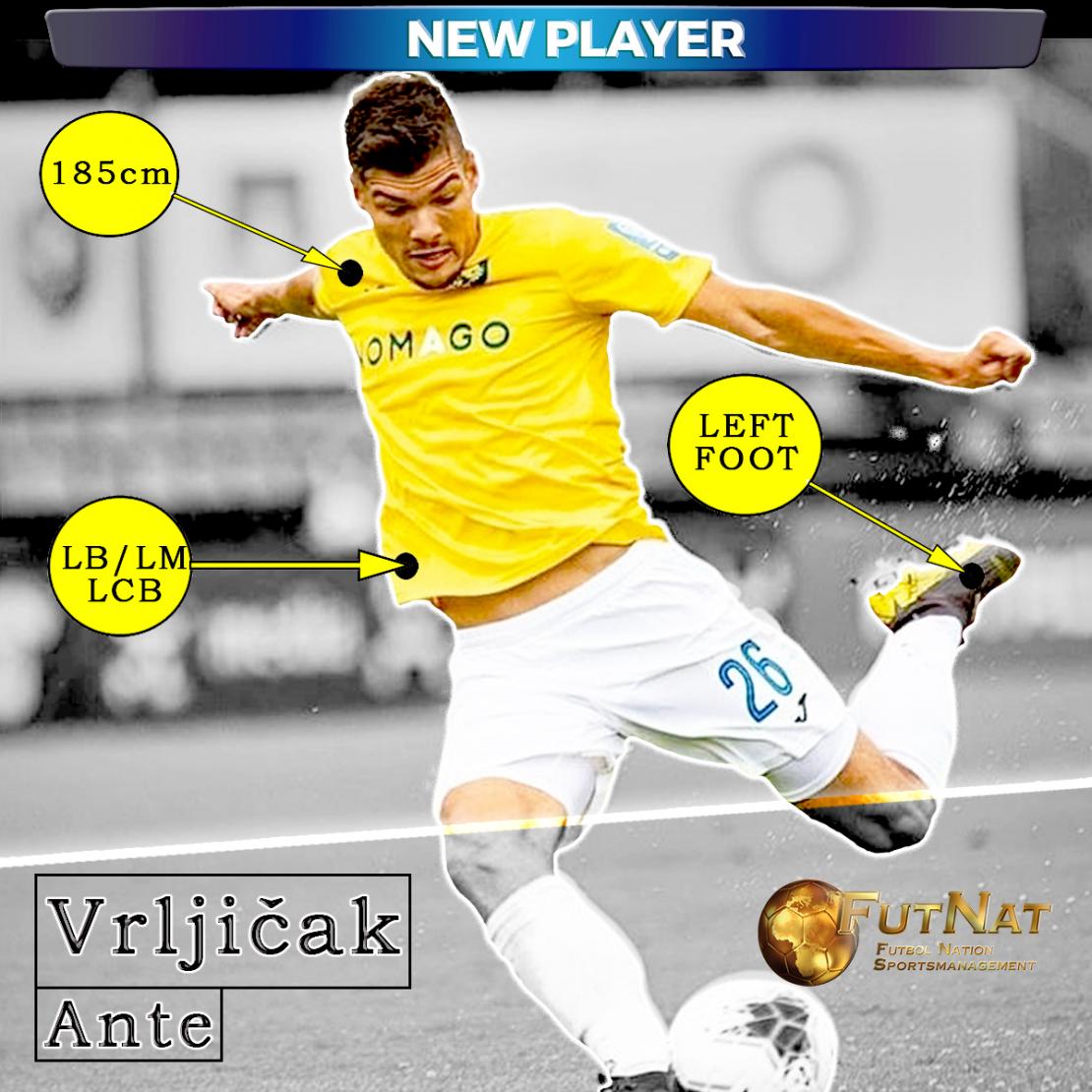 Ante Vrljičak is a 185 cm tall left defender who has strong tackling abilities, a high sprint speed and good offensive play. In addition, Ante is good in the transition game at switching between offensive and defensive game and also has a very solid passing game.

Although he is only 23 years old, he already has experience in the highest league of Slovenia (PrvaLiga), Croatia (1. HNL) and currently plays as a regular player in the second Croatian league (2. HNL) for NK Croatia Zmijavci, which currently occupies the 5th place in the league and is playing for promotion to the first Croatian league (1. HNL).

We are pleased to present this young and ambitious left defender and welcome Ante to the FutNat-Sportsfamily.

We wish us both a good and successful collaboration.