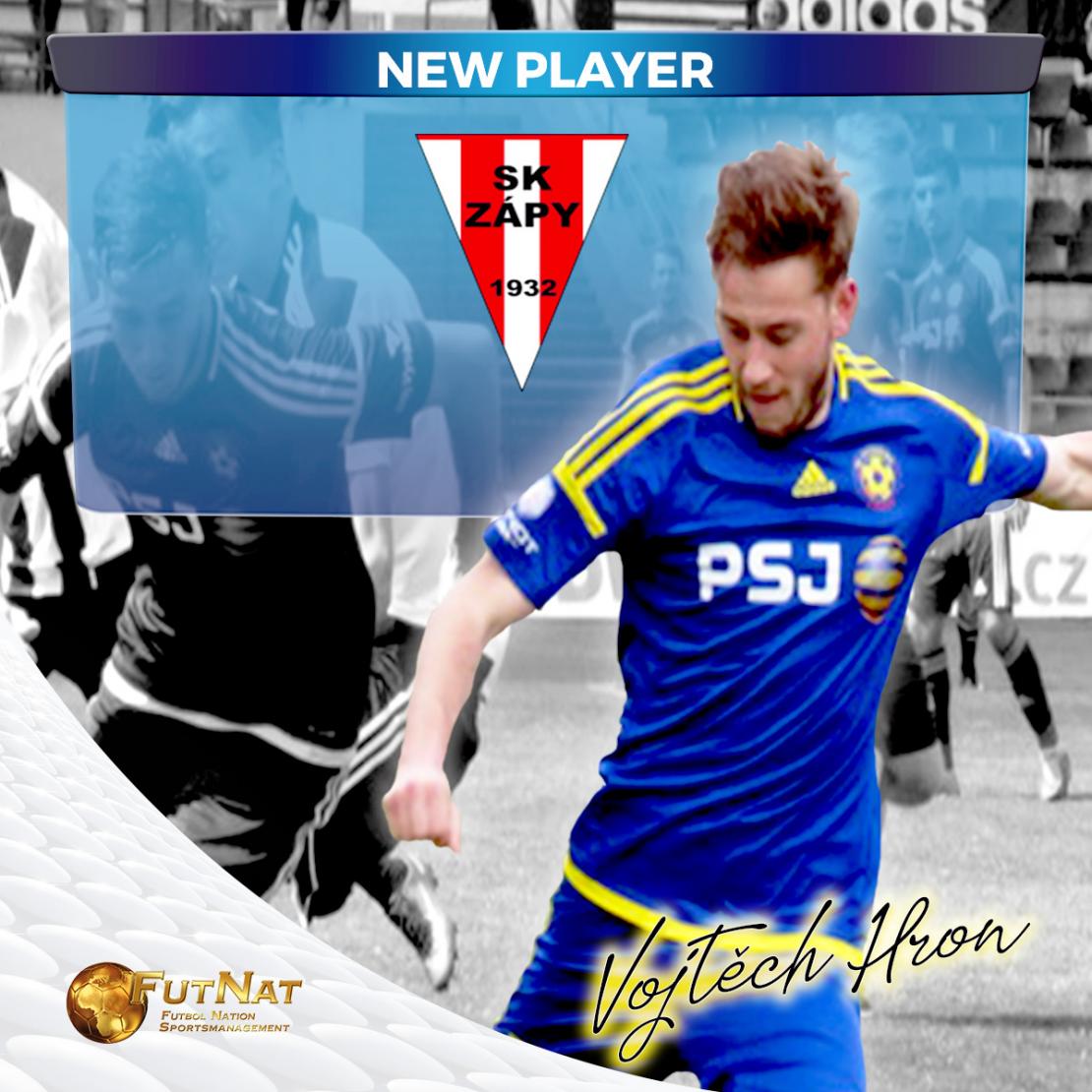 Vojtěch Hron is an offensive player who plays preferably as a right or left winger/forward.

Vojtěch Hron got on loan to FK Kolin for the 2016/17 season to gain playing practice in the senior division and was afterwards sned on loan to the Czech CFL (3rd division) in winter 16/17. After one year, the return to the academy of FC Vysočina Jihlava followed and an immediate loan to the Czech Fortuna League (1st division) with the return to the academy after one season. In winter 2017/18 Vojtěch Hron decided to join SK Zapy from CFL (3rd division) where he has since played 65 of 66 possible games (98% of all possible games) with a Total-InGame-Time-Quota of 78%. In the current 2019/20 season, the InGame Time-Quota is 95%.