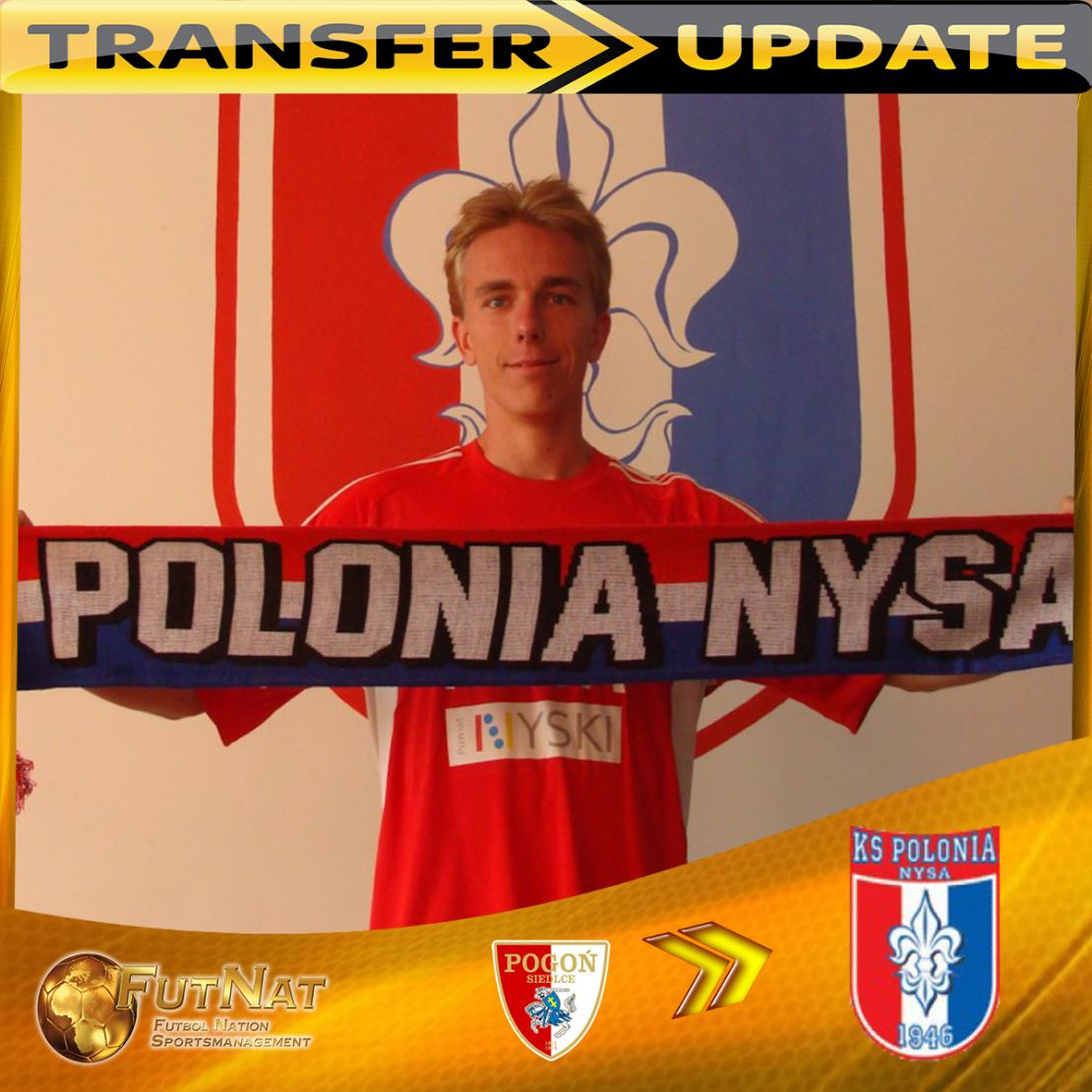 The second player who strengthens the team of KS Polonia Nysa is Michał Markiewicz. This 20-year-old left defender came from the II-league Team Pogon Siedlce and signed a contract until 30 June 2021.

Michał is a junior player of UKS Dziewiątka Siedlce, from where in 2013 he was transferred to Pogon Siedlce, where he successfully played in subsequent youth teams. At the age of 18, he made his debut in the club's IV-league reserves from Siedlce, and for the next 2 seasons he was the primary defender of this team. Now he comes to Nysa and increases the competition on the left side of the defensive block. In the sparring matches he presented himself from a very good side and with his attitude he quickly convinced coach Bator to himself.