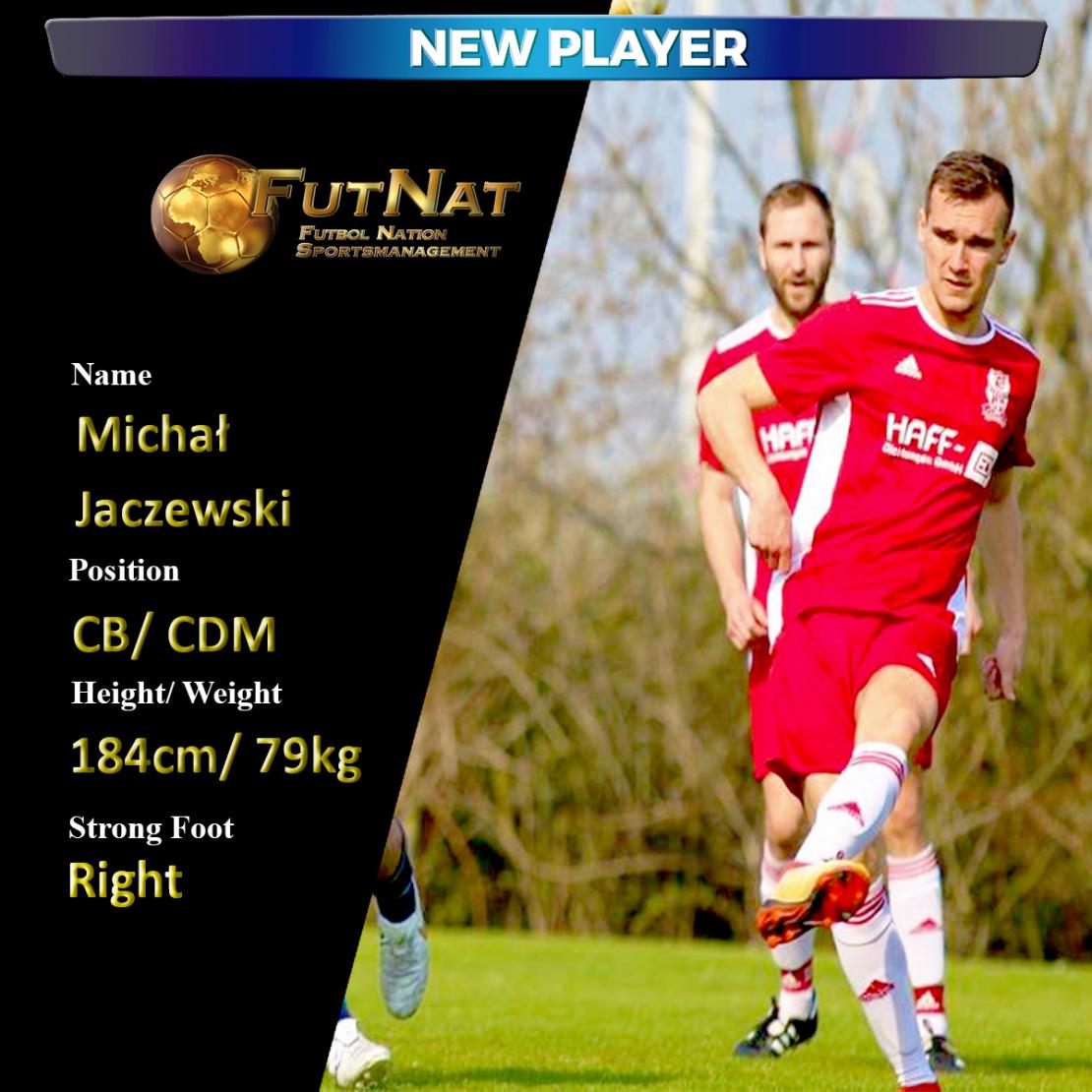 Michał Jaczewski is a 26 year-old and 184cm tall defenceman who played for clubs such as Polonia Warsaw and Znicz Pruszkow in his youth in Poland.

Both clubs are known for their very good youth work and with Znicz Pruszkow Michal has made the leap into the Polish professional field, where he completed 7 matches in the Polish 2 league.

In the summer of 2015, Michal joined SV GW Brieselang. After the season he made his way to FC Blaubeuren and now he has been playing for 3 years in the Verbandsliga M-V with FSV Einheit Ueckermünde, where he belongs to the main player of the internal defence. With 80 matches played in the Verbandsliga M-V Michal is a solid and experienced player.

FutNat Sportsmanagment thanks for the trusting and wishes for 2020/21 a successful season.