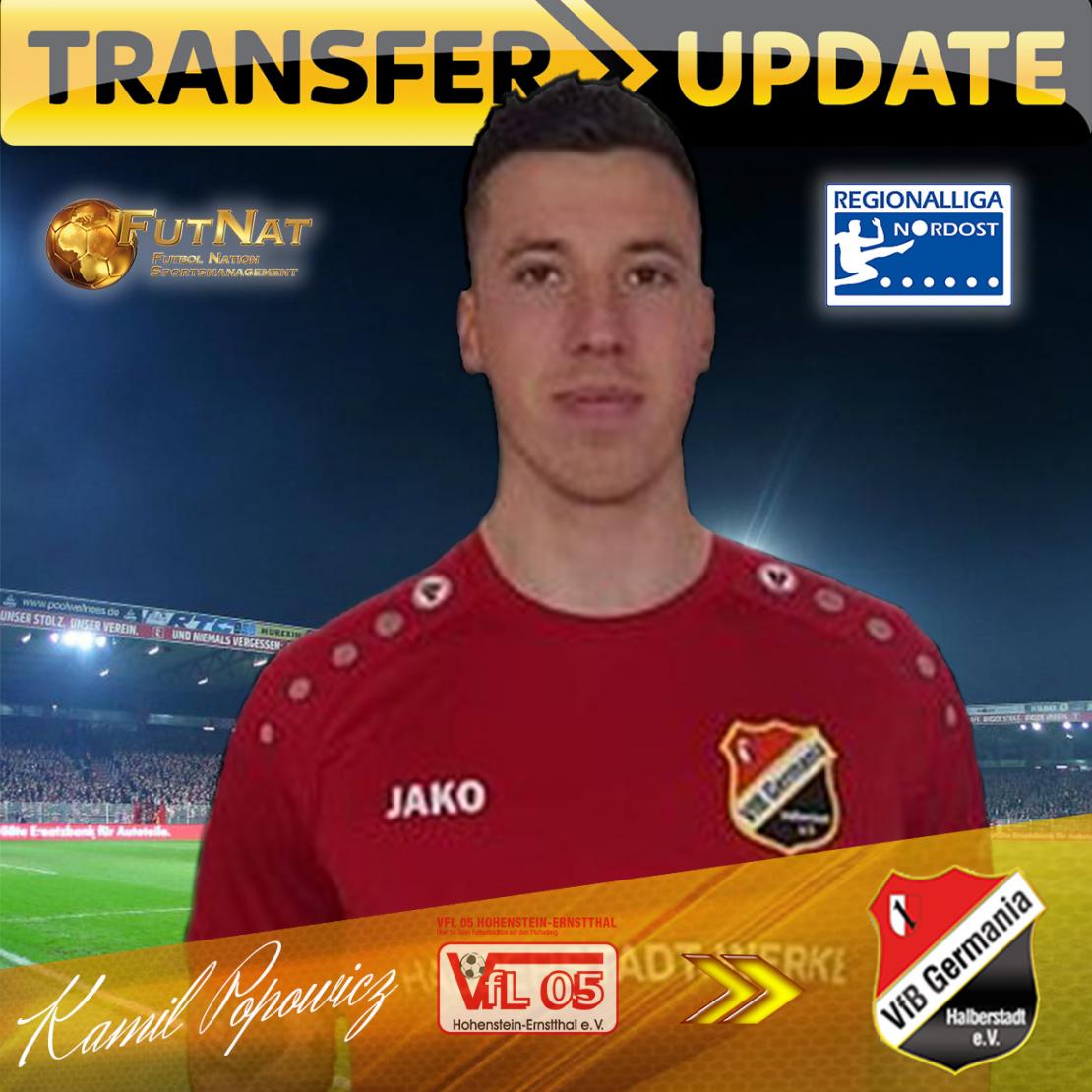 Kamil played in the first half of this season for the Oberliga club VfL 05 Hohenstein-Ernstthal and scored 7 times in 14 games. Due to the withdrawal of the 05s, the striker was looking for a new club and was able to convince the VfB managers of his commitment during the preparations.

With Kamil we have another striker type under contract. He works for the team, has a good finish and headeing We also wanted to set further competition in the squad, but we still gained quality with him," says Enrico Gerlach, Halberstadt's Sports Director, about the new member.