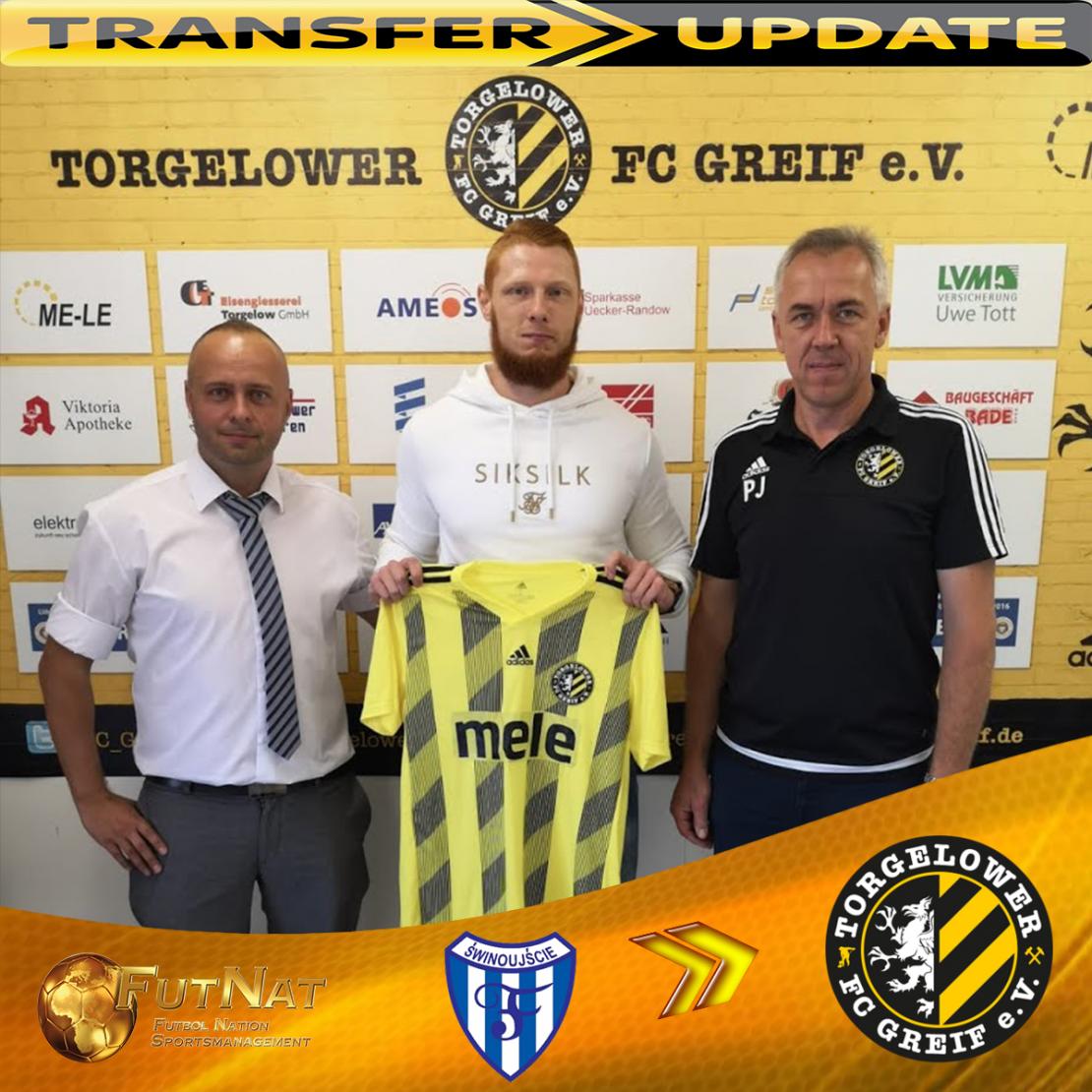 From now on Adrian Skorb represents the colours of the TFC Greif. The 24-year-old Pole from Szczecin played last saison for Flota Swinemünde, where he was the leading Center Back an was substantially involved in the promotion to Polish 3rd League.

Adrian is a 1,88m tall Center Back. With Flota Swinemünde Skorb has had a successful season. The defensive specialist recently made the leap to the third Polish league with his former club and was one of the top performers in the promoted team.

Skorb was trained in the junior division of the first division club Pogon Stettin. Further stations of the central defender were Energetyk Gryfino, Vineta Wollin and Hutnik Szczecin.